Bills in the Florida Legislature would ban doctors from providing an abortion because of a problematic fetal diagnosis. Getty TALLAHASSEE Most abortion bills are controversial. A bill making its way through the Florida House that would ban “disability abortions” is no exception — particularly for the disability community. But it’s […]

Most abortion bills are controversial. A bill making its way through the Florida House that would ban “disability abortions” is no exception — particularly for the disability community.

But it’s less the “abortion” part of the bill that’s an issue for some in that community. It’s more the “disability” part.

House Bill 1221 would ban a doctor from performing an abortion in an instance where they know, or “should know,” a woman is seeking the procedure ”solely on the basis of” a disability or potential disability found in the fetus. Sponsored by Rep. Erin Grall, R-Vero Beach, the bill is part of a national effort to restrict abortion access in these instances. At least nine states have laws banning abortion in similar circumstances; most of those laws have been legally challenged.

Proponents of these efforts say it’s a moral imperative to prohibit “disability abortions,” which they liken to eugenics — the bigoted practice of striving to improve the human gene pool by removing genetic traits seen as undesirable from the population.

On Thursday, Grall’s bill is scheduled to be debated in the House. It could pass this week. However, it’s unlikely to become law this year because a companion measure sponsored by Sen. Ana Maria Rodriguez, R-Miami, was first referred to a committee chaired by Democrat Lauren Book. It never got a hearing there.

When asked why her bill hadn‘t gained any traction in the Senate, Rodriguez said, “That’s a great question, and I don’t have the answer.”

Some advocates for people with disabilities say the bill, which purports to champion a marginalized community, only pays lip service to the idea. For example, those advocates take issue with the bill’s definition of disability: “any disease, defect, or disorder that is genetically inherited.” (After that definition, the bill then lists several example conditions: Down syndrome, scoliosis, dwarfism, albinism, etc.)

Olivia Babis, a senior public policy analyst at the advocacy group Disability Rights Florida, and herself a person with a disability, said that definition does not do those with disabilities justice. Babis said the definition of disability varies depending on the context. In her own home, Babis is comfortable, and has the accommodations she needs. Elsewhere, she needs more help. A better definition, Babis contended, would be a condition that leaves a person with an inability to complete one or more activities of daily living.

“It feels more like a list of stigmatized populations that we can determine in utero than a definition of actual disability,” Babis said.

Neither Grall nor her office responded to requests for comment. However, she faced many of the same criticisms enumerated by disability advocates like Babis as the bill made its way through two House committees. In those committees, the criticisms were brought by Democratic opponents of the bill.

For example, in response to the criticism about her bill’s definition of “disability,” Grall said she did not mean to demean the disability community.

“The language in this bill is not intended to shame at all, and if anything it is meant to hold up the fact that each of these different disabilities is something that we value,” Grall said.

Laura Minutello of Valrico, who has cerebral palsy, said in an interview that she was at high risk of being aborted because her birth mother was an addict. She noted that like any segment of the American population, the disability community has a diverse set of views when it comes to abortion.

But Minutello said that Grall’s bill is hard to square given the track record Florida has of not offering enough of a safety net for people who need extra accommodations.

“It’s not so much that I or anybody that I know really disagrees with the intent of the bill, it’s more that within the disability community, we feel that to truly value the lives of people with disabilities, you have to give them the supports and the things that everybody else has,” Minutello said.

Babis noted that she requested a special accommodation by the House to testify virtually on the disability abortion bill earlier in the legislative process. The disability advocate said she is especially susceptible to COVID-19, and she didn’t want to risk being infected during a trip to the Capitol — where several lawmakers have contracted the virus. Even though state agency heads and other advocates have been allowed to testify virtually on bills in the Florida House, Babis’ request was denied.

Florida also has tens of thousands of people on its waiting list for services provided under the state’s iBudget waiver. That Medicaid-supported program funds — often costly — at-home services for people with developmental disabilities.

Grall fielded the criticism that her abortion bill did not do enough for the disability community at a committee hearing earlier this month. She said she agreed on this point.

There are also those in the disability community who say anti-abortion efforts like Grall’s are antithetical to the disability rights movement — which they say is all about bodily autonomy.

Robyn Powell, a visiting assistant professor at Stetson University College of Law, studies the intersection of abortion and reproductive rights. She also has arthrogryposis, a condition which leaves her with limited use of her arms and legs.

Powell argued that like every abortion restriction, a “disability abortion” ban would hurt the least fortunate the most. Well-off abortion seekers, she contended, would still be able to get access to an abortion, and they’d be more likely to have the legal savvy to sidestep this ban. Or they’d be able to travel to another state to get the procedure done.

“I see these bills as using disability as a justification for taking abortion rights away,” Powell said.

Sat Apr 24 , 2021
These days, it is commonplace for firms to dedicate to normal ideas like “sustainability” or a “diverse workforce” in community statements and SEC disclosures.  But when stock charges drop as a consequence of certain environmental, social and governance (“ESG”) troubles, these seemingly unobjectionable statements may perhaps develop into actionable.  A […] 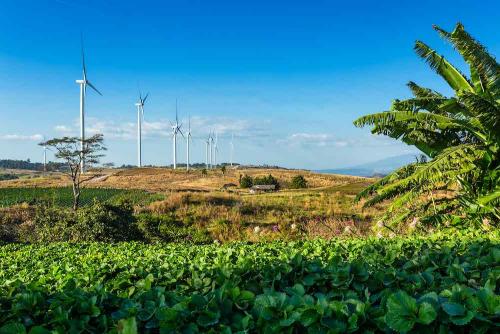