Alabama Gov. Kay Ivey (R) on Monday signed a bill banning private businesses and public institutions from requiring COVID-19 “vaccine passports.” As the Montgomery Advertiser reports, the bill passed the Alabama state House 76 to 16 a week ago. The legislation states that public entities such as schools “may not issue vaccine or immunization passports, vaccine or immunization passes, or any other standardized documentation for the purpose of certifying the immunization status of an individual, or otherwise require the publication or sharing of immunization records or similar health information for an individual.” (Choi, 5/24)

Rhode Island lawmakers are running short on time to craft a deal on marijuana legalization. With less than six weeks remaining in the legislative session and budget negotiations poised to take center stage in Providence, cannabis supporters are hoping a new proposal from Democratic Rep. Scott Slater will spur lawmakers to take action. “I definitely think there’s enough time to address this,” Slater, a longtime champion of establishing a regulated, adult-use market in the state, said in an interview this week. “It’s not like this is something that’s coming out of the blue. We’ve debated this and had hearings on it for a number of years.” (Demko, 5/24)

The pastor of a Roman Catholic parish in Wisconsin who told his congregation to shun the Covid-19 vaccine and preached right-wing politics from the pulpit has been asked to step down by his bishop. The Rev. James Altman, of the St. James the Less Roman Catholic Church in La Crosse, made the announcement during his sermon at Sunday Mass, calling himself a victim of the “cancel culture.” (Siemaszko, 5/24)

Coronavirus vaccination rates in the D.C. area are rising, and covid-19 metrics continue to fall: Case counts, hospitalizations and deaths are now a small fraction of what they were during the height of the pandemic this winter. But the threat of infection still looms among the unvaccinated, and public officials and health experts warn that the risk is growing as mask mandates and other pandemic restrictions are eliminated. (Fadulu, 5/24)

About five months after shots began, more than 10 million people in Florida have received at least one dose of COVID-19 vaccine, according to a report released Sunday by the state Department of Health. The report showed that 7,965,477 people who had received shots — or nearly 80% of the 10,005,987 total — were considered fully vaccinated, as they had received two doses of vaccines produced by the drug companies Pfizer or Moderna or the one-dose vaccine produced by Johnson & Johnson. (Saunders, 5/24)

Maryland is holding the first of its $40,000 lottery drawings for people who have been vaccinated against COVID-19. The drawing Tuesday is the first of 40 consecutive days of drawings for a $40,000 prize. On July 4, a final drawing will be for a $400,000 prize. The total prize pool is $2 million to encourage people to get vaccinated. The drawings will be conducted using a computer program that randomly selects a number from within the range of numbers provided to the lottery by Maryland’s health department. (5/25)

The COVID-19 outbreak at the Sullivan County Health Care nursing home facility in Unity continues, now with 21 positive cases among the residents. County Manager Derek Ferland said Monday that nearly all of the resident population has been vaccinated against COVID-19. “We’re not the first ones in the world to have people catch COVID after being vaccinated,” Ferland said. “That’s what comes with being in the middle of a pandemic.” (Fisher, 5/24)

The Oregon Health Authority on Monday reported two COVID-19 deaths and 284 coronavirus cases as the state’s most populous county prepares to ease business restrictions this week. Gov. Kate Brown on Tuesday is expected to announce that Multnomah County can relax capacity limits effective Thursday, the same day the Portland Trail Blazers host their first playoff game against the Denver Nuggets. The county qualifies for increased capacity across many businesses because 65% of residents 16 and older are now at least partially vaccinated. (Schmidt, 5/24)

On a day Florida reported passing the 10 million mark for coronavirus vaccination, the positivity rate for new cases remained below 4%. Sunday’s positivity rate was 3.91% on 61,949 tests. It’s the 13th straight day that the positivity rate was under 5%. Saturday’s rate of 3.55% was the lowest since Oct. 11. Health experts say rates consistently below 5% could indicate community transmission is under control. (Schreiner, 5/24)

As North Carolina Attorney General Josh Stein considers whether to intervene in the proposed merger between homegrown Cone Health of Greensboro and Virginia-based Sentara Healthcare, he has gotten plenty of input on both sides of the issue. The state Department of Justice’s month-long public comment period drew more than 40 responses between late March and April 28, including one from a Cone Health physician telling Stein the proposed marriage of the two major health systems is a bad idea. (Wireback, 5/25)

Baltimore native Danielle Torain, 37, knew that she wanted to give back to the city that shaped her. Torain, who lives in West Baltimore, is the director of the Open Society Institute, a foundation that aims to meet the needs of marginalized neighborhoods and communities of color. When she started as director of OSI in January 2020, Torain wanted to tackle initiatives that address economic inequality and the digital divide, but within two months, her focus was forced to shift to COVID-19 relief. (Turner, 5/25)

Tired of waiting for federal action to reduce prescription drug costs, Colorado is acting on its own — even if it must do so with one arm tied behind its back. Unable to set prices or change patent protections, the state is exploring creative legislative and administrative approaches to lower out-of-pocket costs on medications. While none of the efforts alone would result in broad-based, deep cuts, state officials estimate the combined impact of the various measures could save Coloradans between 20% and 40% in out-of-pocket costs. (Hawryluk, 5/25)


AP:
Chicken Plant In California Cited Over Past Virus Outbreak

California has cited and fined a Foster Farms chicken processing plant that saw a deadly coronavirus outbreak last year, saying the company failed to protect its workers. The state Division of Occupational Health and Safety’s penalty of $181,500 is one of the steepest citations issued during the COVID-19 pandemic, the Sacramento Bee reported Monday. A representative for Foster Farms told the newspaper that the company “does not have a comment” on the citations. (5/25)

If there’s one place where people could fear the coronavirus more than a vaccination needle, it’s the Far Rockaway section of Queens: Nearly 460 residents of the seaside neighborhood have died of COVID-19. That’s one out of every 146 people who live there, making for one of New York City’s highest death rates. And yet, no other place in the city has a lower percentage of vaccinated people. (Lajka, 5/25)

The us Has to Make Large-Tech Medication Hack-Proof

Fri May 28 , 2021
The hack that shut down the Colonial Pipeline has most People in america concerned about threats to the nation’s laptop or computer network. In accordance to a new survey by Rasmussen Stories, 85 p.c of People in america are at least “considerably worried” about the basic safety of the nation’s […] 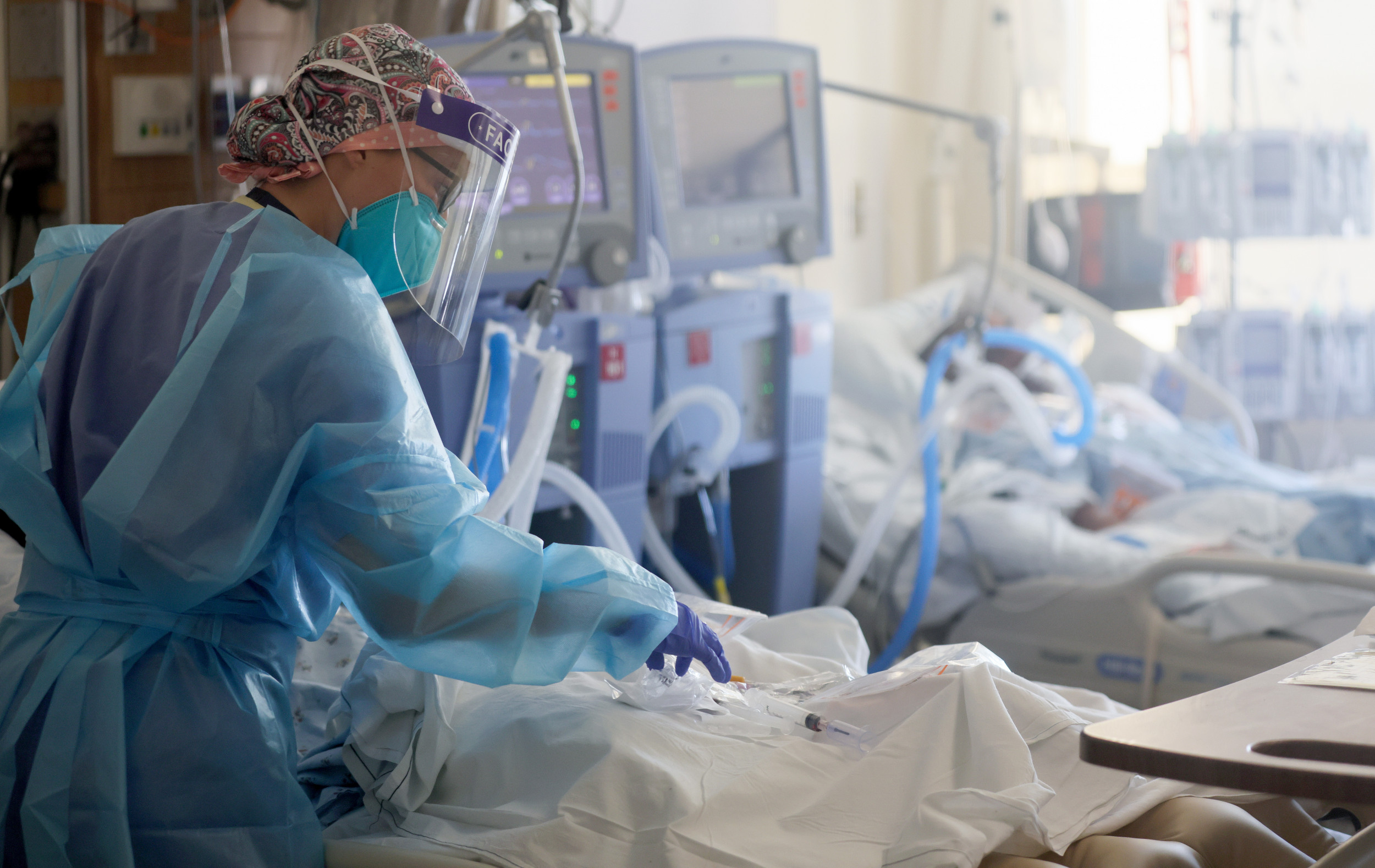